Where Is Your Company on the Technology Maturity Curve? 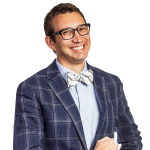 It’s time to determine where your company is—and where it needs to be—on the technology maturity curve.

Without a strong technological backbone, no organization is going to go far in today’s business world. In fact, it’s hard to imagine a company these days that hasn’t made at least some progress on the path to digital transformation.

“Today, no company can make, deliver or market its product efficiently without technology,” M+W Group’s Stephenie Stone writes in Forbes. “Companies that adapt quickly to new technologies gain a foothold on the market. But companies that wait for a second or third wave stay at the back of the pack and never get the leading edge.”

According to 23% of companies, the most common time stealer was poor communication among project stakeholders. With 48% of all rework caused by poor data and miscommunication, the need for effective communication and easily accessible project data is critical at every stage of the construction life cycle. With time spent on non-optimal activities costing the industry more than $177 billion annually, technology can help companies streamline project coordination, interact with external stakeholders, organize job sites and gain faster access to project data.

Providing construction teams with better access to project information and the ability to capture data from the field more accurately not only has short-term benefits but also will benefit the contractor/owner relationship and reduce long-term costs. The problem is that over 15% of construction leaders don’t know whether or not they have software in place—including programs for project financials, project management, safety risk management, and equipment management.

As the construction industry continues on its path toward digital transformation, those who adopt equipment management and field labor-management programs now can take advantage of a timely opportunity to get ahead of the curve.

Finding Your Place on the Curve

Assessments of an organization’s ability to continuously improve in a particular discipline, maturity curves help create “good” peer pressure for companies that want to compare themselves not only to their competitors but also to companies that are outside of the E&C industry.

The technology maturity model, for example, helps firms better understand how far they’ve come, how far they have to go, and whether they are lagging or leading on the technology front. For E&C, the technology maturity curve helps define clear, industry-oriented positioning with technology as an enabling capability or differentiator that companies can use to guide their tech road map and future strategic direction. Without this guidance, the investment in and usage of technology become a guessing game as companies scramble to keep up with the latest and greatest options.

Using a framework that helps them determine where they stand on the path to digital transformation—which includes the actual tech investments plus establishing strong information technology infrastructures, training programs and IT support structures—companies can more effectively set and achieve both short- and long-term success goals. These companies can also improve their communications, gain efficiencies, better leverage their efficiencies, explore new markets, improve productivity and, ultimately, enhance their bottom lines.

The Value of Technology

Thanks to technology, E&C firms are improving their overall business and operational performance, delivering projects more efficiently, enhancing their overall service offerings, and driving innovation across the enterprise.

“The rise of built tech R&D, the proliferation of investment and tech startups, and continued improvement to long-standing technologies have created conditions for contractors to embrace technology, not just as an enabler in their business, but as an actuator of new capabilities or level of performance that they could otherwise achieve,” says Jay Snyder, FMI’s technology and innovation practice leader. “This is an entirely new state of being for the E&C industry, but it also means that those that remain low on the technology maturity curve do so deliberately and at their own peril as industry pressures, such as the labor shortage, project complexity, and schedule performance, become even more challenging – necessitating a greater reliance on technology.”

While “technology” comprises hardware, software, data, and the Internet of things (IoT), it’s the people who are using this technology who can make or break a company’s pace and success on the technology maturity curve. And while we are beginning to see signs of artificial intelligence (AI) and machine learning (ML) as drivers of predictive modeling and prescriptive analytics (technology that is able to recommend the best course of action), the days when workplaces run themselves are still on the very distant horizon (or further, depending on whom you ask).

Knowing this, smart companies are making sure that employees clearly understand how organizations want to engage with technology. These workers see technology not as a threat, but as a helpful and consultative tool that automates mundane processes while also enhancing human performance. Those companies that have fallen behind on the technology maturity curve typically have employees who aren’t embracing it and/or who don’t understand why they should.

Companies that are progressing down the transformation path usually have clear, shared visions that are well communicated and accepted by all stakeholders. They invest not only in the technology itself but also in the infrastructure, training, and IT support necessary to execute those visions and support their employees during the transition process. Companies that don’t have these shared visions are typically behind the curve on the technology front.

Percentage of leaders who aren’t aware of the software solutions they have in place — including financial reporting, project management, safety, risk management and equipment management.

Money also matters. Those companies with adequate—or, at least, some—resources dedicated to technology are usually the frontrunners in this area. The ones that scrimp on technology and/or allocated less-than-adequate budgets usually churn out less-than-adequate results. Finally, companies that lead the pack on the technological front have the tactical staff they need to meet all of their IT needs. They also give their IT teams proper representation on their senior leadership teams.

Other key points to keep in mind as you assess your E&C firm’s placement on the technology maturity model include cybersecurity (i.e., do you understand the risk profile and use extensive mitigating controls?); data integration (is it entered automatically and shared across the organization?); and flexibility (do you have an innovative culture that’s open to change and excited to try new technology and implement what works?). These and other benchmarks can help E&C firms know where they are on the technology maturity curve…and where they need to be.

It’s important to note that there are varying degrees of sophistication with technology maturity modeling. Your company can get a jump start on this path by using the Archetype SC – FMI technology maturity self-assessment, which is available online.

We provide IT solutions and services to empower our clients to focus on growing their core business and their employees.